Warning: Declaration of ET_Theme_Builder_Woocommerce_Product_Variable_Placeholder::get_available_variations() should be compatible with WC_Product_Variable::get_available_variations($return = 'array') in /home/authe589/public_html/wp-content/themes/Divi/includes/builder/frontend-builder/theme-builder/WoocommerceProductVariablePlaceholder.php on line 8
 About New | Authentic Artists 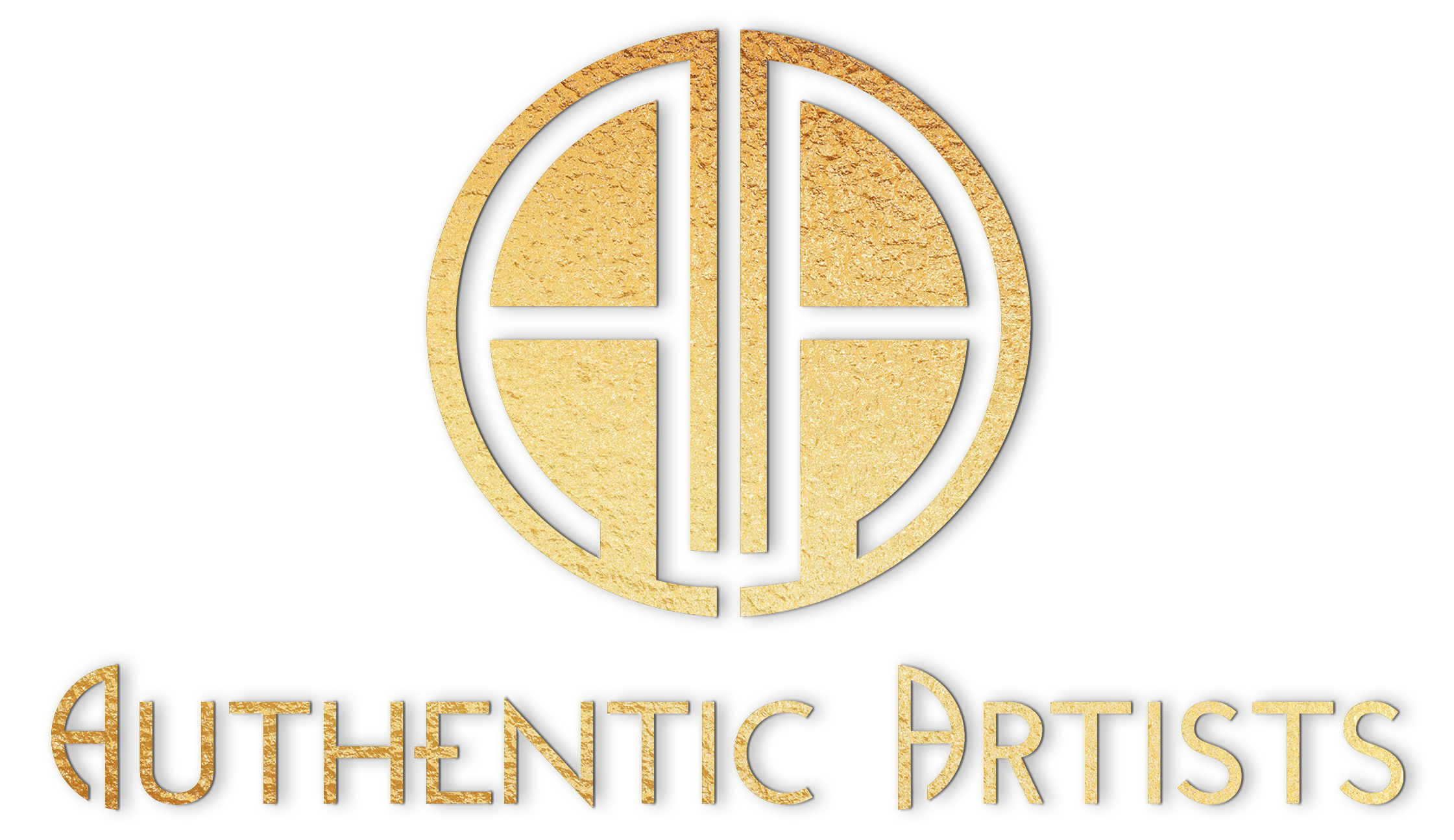 Hi, I’m Jacq, and this is how I came to be coaching musicians.

I was taking courses in songwriting and as a result, I began meeting lots of artists, musicians and songwriters who needed help confidently talking about what they do. But let me tell you what lead up to that.

My entire career had been working in corporate organisations, selling software, services and IT solutions. There was a lot of  pressure, stress and many long hours driving around the UK to client meetings, living and eating  in the car. For a long time, I loved it; I loved working with clients, I loved presenting, educating and evangelising about our innovative technology – I was good at it.  I loved the teams I worked with – but I didn’t feel fulfilled on a deeper level.  I ‘knew’ that I had to be tough, measure up to the guys, over-deliver to prove my worth. Right? I very much felt the stress and the constant fear of how I would be sacked, shamed and destitute if I didn’t make my target sales numbers each quarter. Such is the thinking of living in fear and stress.

I was good at my job but after 25+ years, I was tired and didn’t know what was wrong. My life seemed to be falling apart. My relationship was over. And then I got a strange symptom that lead me to go to see a doctor. The bombshell news was that I was diagnosed with breast cancer. It was 2010, I was exhausted, sick and single. I had a mastectomy and breast reconstruction in the same 9 hour surgery and my amazing medical team put me back together.

Ironically, I was due to run the ‘Race for Life’ the weekend I had surgery. I’d run one before as a friend of mine had died from cancer and my daughter and I wanted to do it again. I decided that instead, I’d do a sponsored ‘lying down’ as I’d be in surgery and recovery for some time. Within 48 hours I’d raised £2000 for Breast Cancer Care!

I’d love to be able to say that all was well following this – after all, I did get better. It took a whole year during which time I was also made redundant from my job. Talk about deconstruction! So I learned a big lesson……? I started to look after myself better, reduce the stress, get some work/life balance… Wrong. I went right back to an even more stressful job as a Sales Director and traveling 100 miles to my office several times a week.  I did, however, decide to take some singing lessons once I got better, which was a lifelong ambition of mine. Just for fun and to convince myself that I wasn’t tone deaf.

Almost four years later – guess what? Yep, I wasn’t doing so good. I was on the point of a breakdown. I was exhausted and stressed and… about to be made redundant. Again.

About the same time I was exiting my job, close to a breakdown and exhausted beyond belief I started to work with a life coach. I’d really run out of steam and needed to so some serious counselling to work through my ‘stuff’. I just didn’t know what to do any more. We worked on deeply buried emotions, trauma, stress and limiting beliefs that had lead me to this point in my life. That was the start of my real healing journey, from the inside out.

I decided to take a step back from direct selling and took a role in a professional services firm coaching on bid strategy, pitching and presenting. It was a very different culture and I felt very grateful to be able to change direction at my stage of life.

I was there one week and I found a solid lump under my arm, the same side as before.

My head was reeling. No, not again. I was diagnosed with a recurrence of breast cancer in the reconstructed breast. It just felt so unfair. My new firm were just amazing  when I eventually told them I was ill. I’d waited about 6 months to share that news because I was so scared that they would ‘get rid of me’. Actually, they supported me through an absence of 15 months of surgery, chemotherapy and radiotherapy treatments and recovery and never once made me feel bad about it.

I continued my ‘inner’ healing, working with my coach, going on some very esoteric journeys, learning about energy, universal laws, spiritual concepts and teachings. I did a course in unified physics with the Resonance Foundation. I worked with shaman, healers, any wild and wonderful alternative treatments that I thought might help. I had a thirst for knowledge and read book after book, scoured the internet and all the time I was off sick, I stimulated my mind with online courses I could do when I felt up to it.

What I knew, for sure, is that my body was trying to tell me something and because I’d ignored it for so long – it had to resort to screaming at me, in the form of my illness, to get me to hear. So I began to listen.

After two rounds of breast cancer, I concluded that I desperately needed some creativity in my life. It was about to be my birthday and I would be home, alone, as everyone I’d want to spend my birthday with, would be at work during the day. So, feeling very wobbly, bald from the chemo and bloated from all the drugs I was on – I searched for something fun I could do without tiring myself too much. I found a one day course, on my birthday itself – an Introduction to Songwriting, by The Songwriting Academy. I’d never written a song. I couldn’t play an instrument. But I thought, I’ll just go and sit in a room in London and listen and then waddle home slowly. I could manage that.

Boom! That day changed my life. I met wonderful people, different sorts of people – creatives. They thought differently, they felt more openly and they took risks with their creativity. I found that I just wanted to be with them more – so I signed up for a 3 day bootcamp right then and there!

At the bootcamp it was a little weird for me. It was hot, I was bald, I was still recovering and I had NO clue what I was doing! After a lifetime of ‘saying anything stupid’ could be career limiting -these guys were just ‘making stuff up’. It felt very dangerous to my corporate mindset.

But I discovered something. I had a breakthrough – a surge of energy after an exercise where we just made up the start of a song then performed the verse and a chorus in a small group. It felt amazing. I felt alive. Which was pretty wonderful after being faced with the alternative! I discovered that songwriting fed my soul in a way that nothing else had.  I loved being around creative, heart-connected and genuinely lovely people. I spent two days feeling like a fish out of water, then the third day it was all about the music business, networking, pitching – finally!, something I knew something about!

What shocked me was how uncomfortable my new friends were with talking about what they did creatively, feeling self-conscious and that even just talking about themselves would make them appear arrogant. This was especially the case when networking, selling and pitching themselves -which is actually a critical skill in music. They felt awkward, had no plan, purpose or did much preparation for the music business. There’s a big gap between feeling awkward and being arrogant – but neither is authentic.  A balance can be struck. From my 25+ years of coaching, selling and teaching I knew I could help – and I really wanted to.

Amazingly, my creative journey took me to ‘not even dreamt of’ places. I co-wrote, sang and performed a song about my journey with the wonderful Jo Henley, Sarah Coleman and arranged by the force of nature that is Liane Carroll. Produced by James McMillan of Quiet Money Studios. It’s called “Love Me Better” and is available on iTunes, GooglePlay and Amazon. All proceeds to Macmillan Cancer Support. Links below.

Since then I’ve helped many artists, musicians and songwriters feel more confident, to be able to ‘get out of their own way’ and get past some limiting beliefs and issues that are blocking them from moving forward. I’ve helped them to plan their next moves, prepare for a big meeting with industry executives and to network with and on purpose.  My clients love that they can make progress, put a plan into action, get quick results, and create shifts in their confidence in such short amounts of time.

So, hi – I’m Jacq and I enable musicians, artists and songwriters to successfully plan their business and confidently communicate their message so their music can be heard. (this is my mini-pitch)…

Why work with me?

✅ I’m a creative myself, so I understand you
✅ I’ve overcome debilitating shyness
✅ And because, you really don’t believe anything will change and I know it can

If you feel like you’d benefit from working with me, please get in touch via the contact form. I’d love to hear from you.

Some photos of my journey. 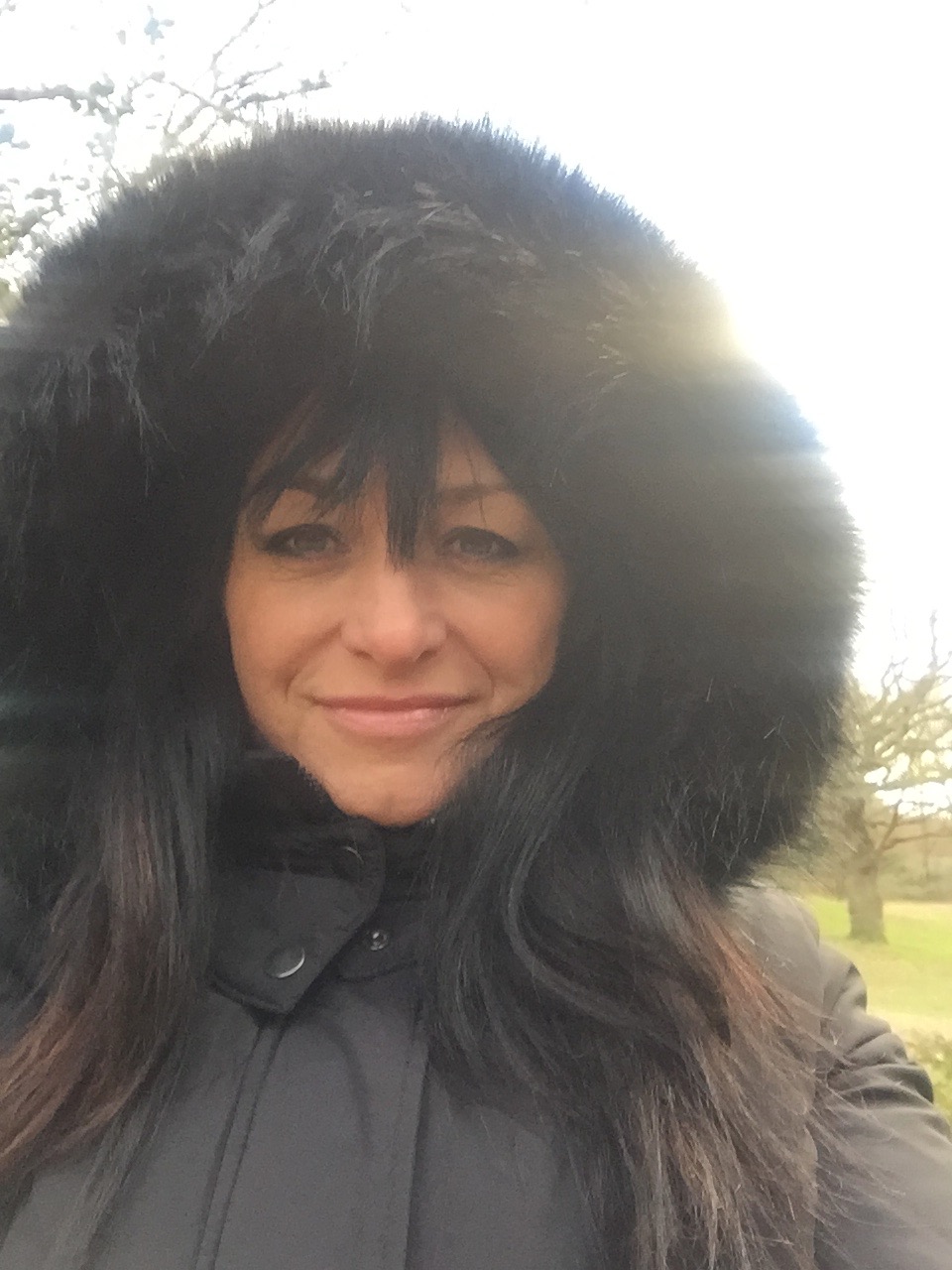 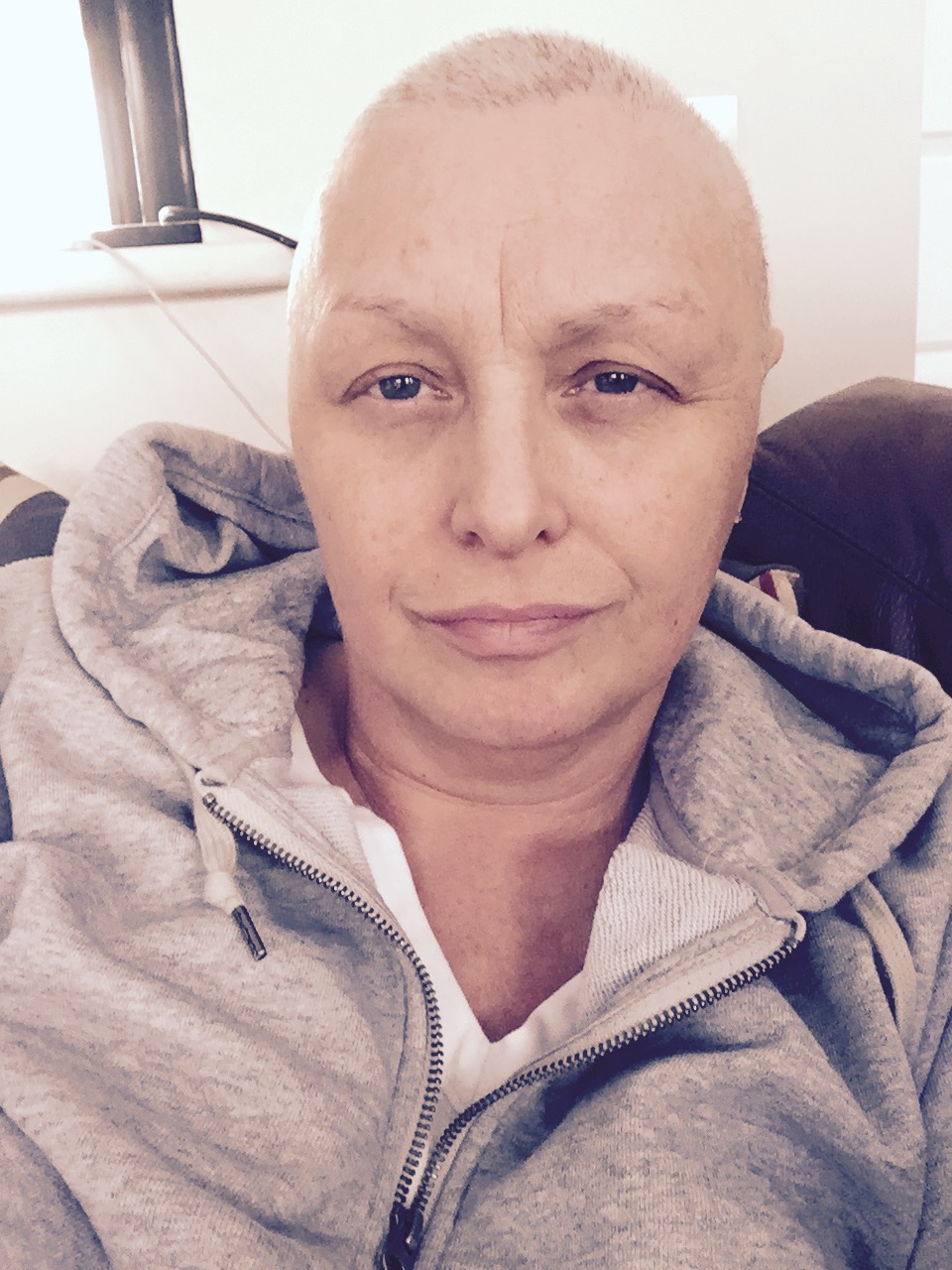 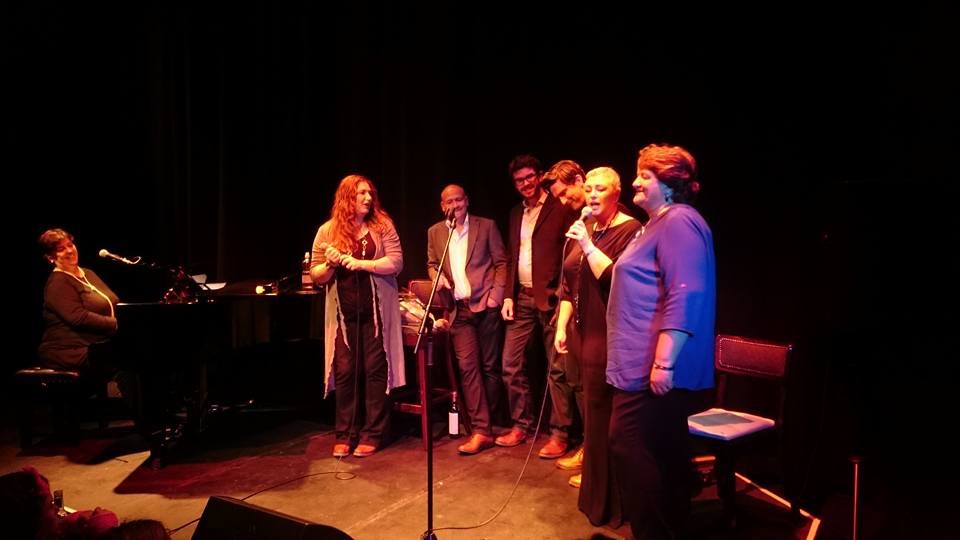 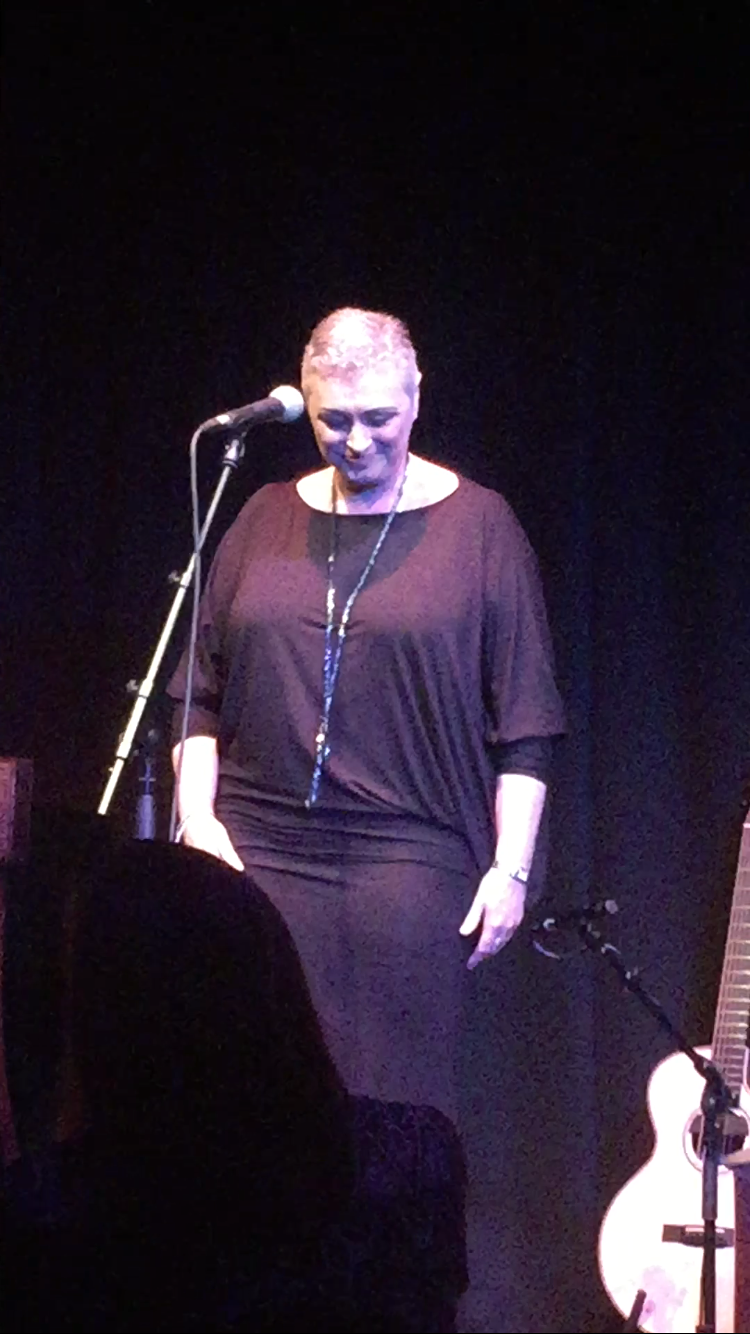 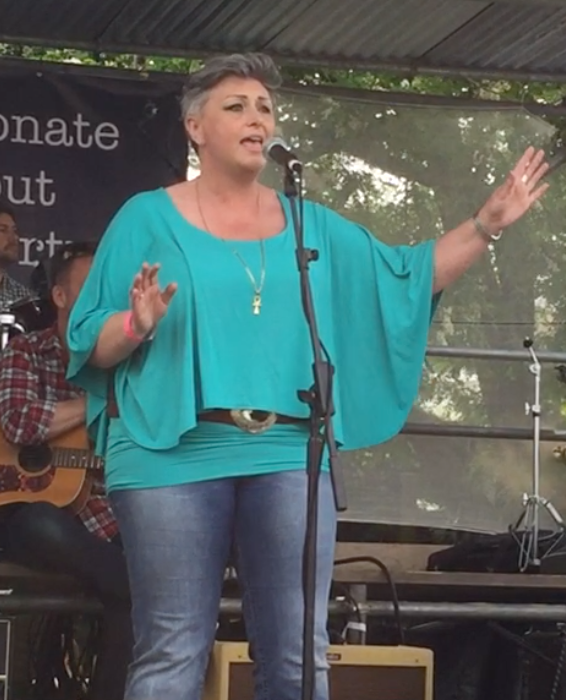 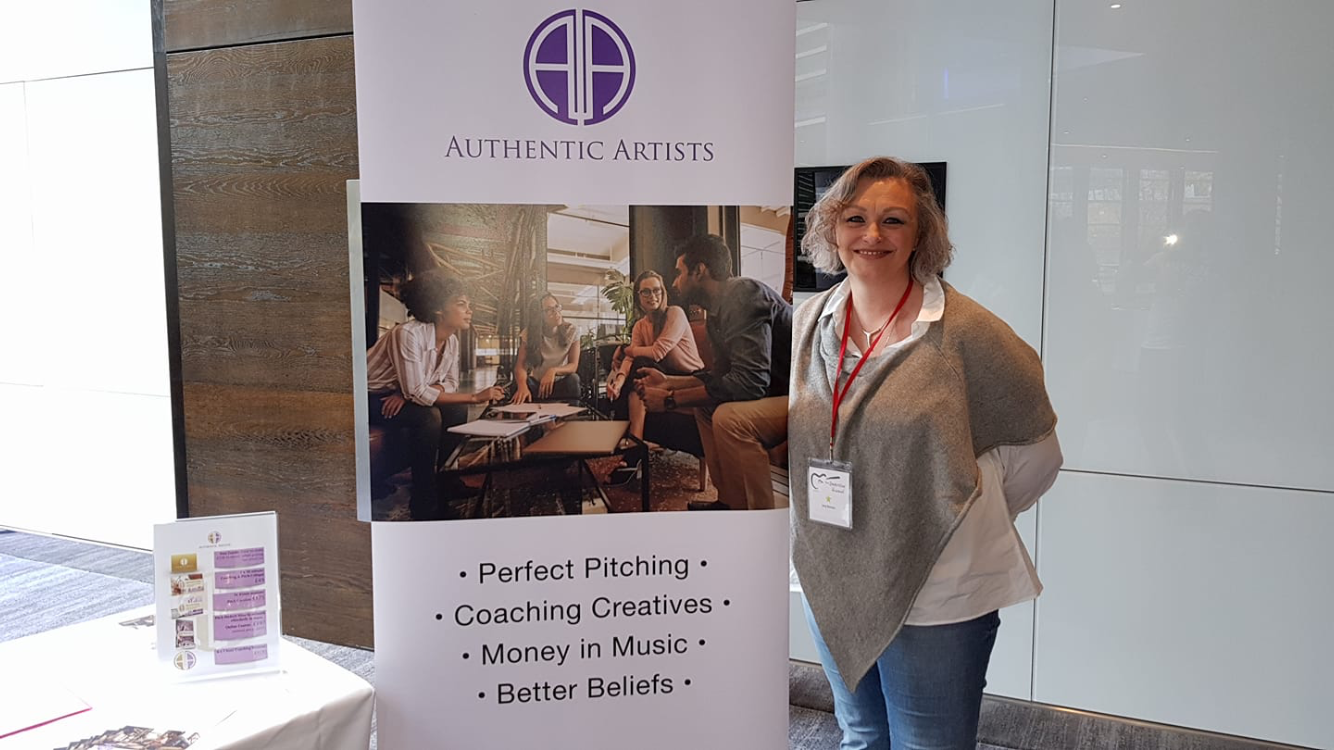 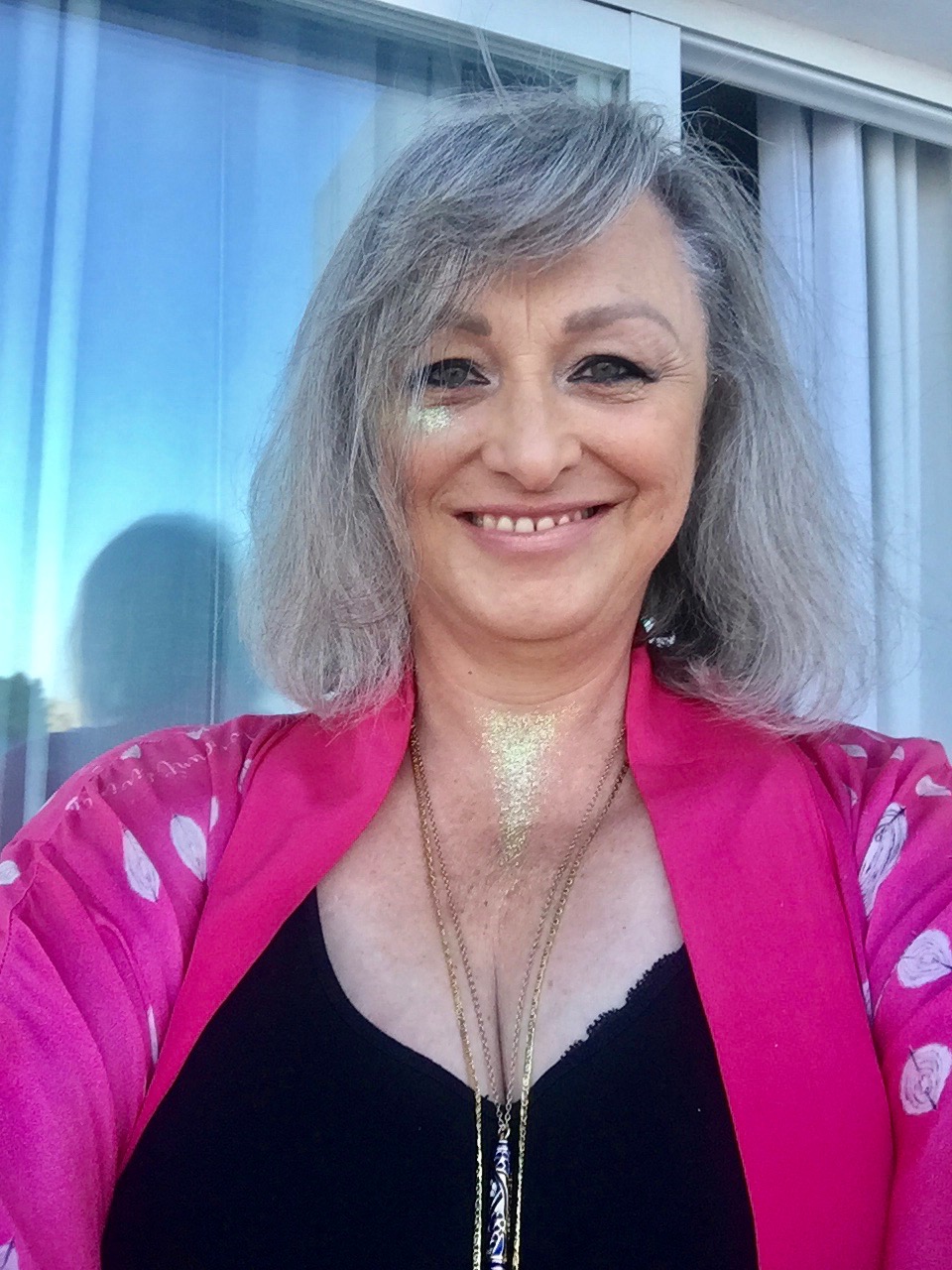 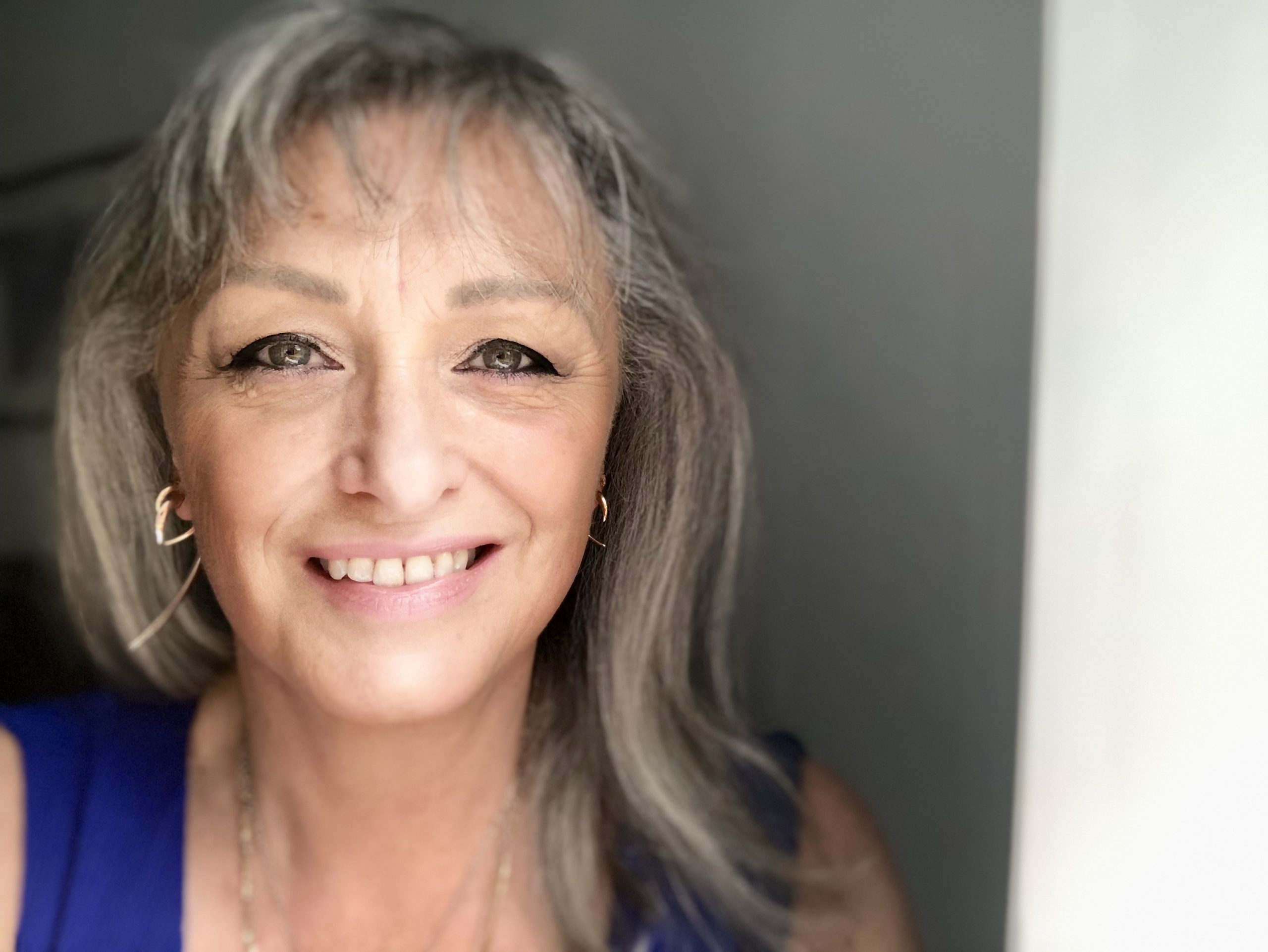 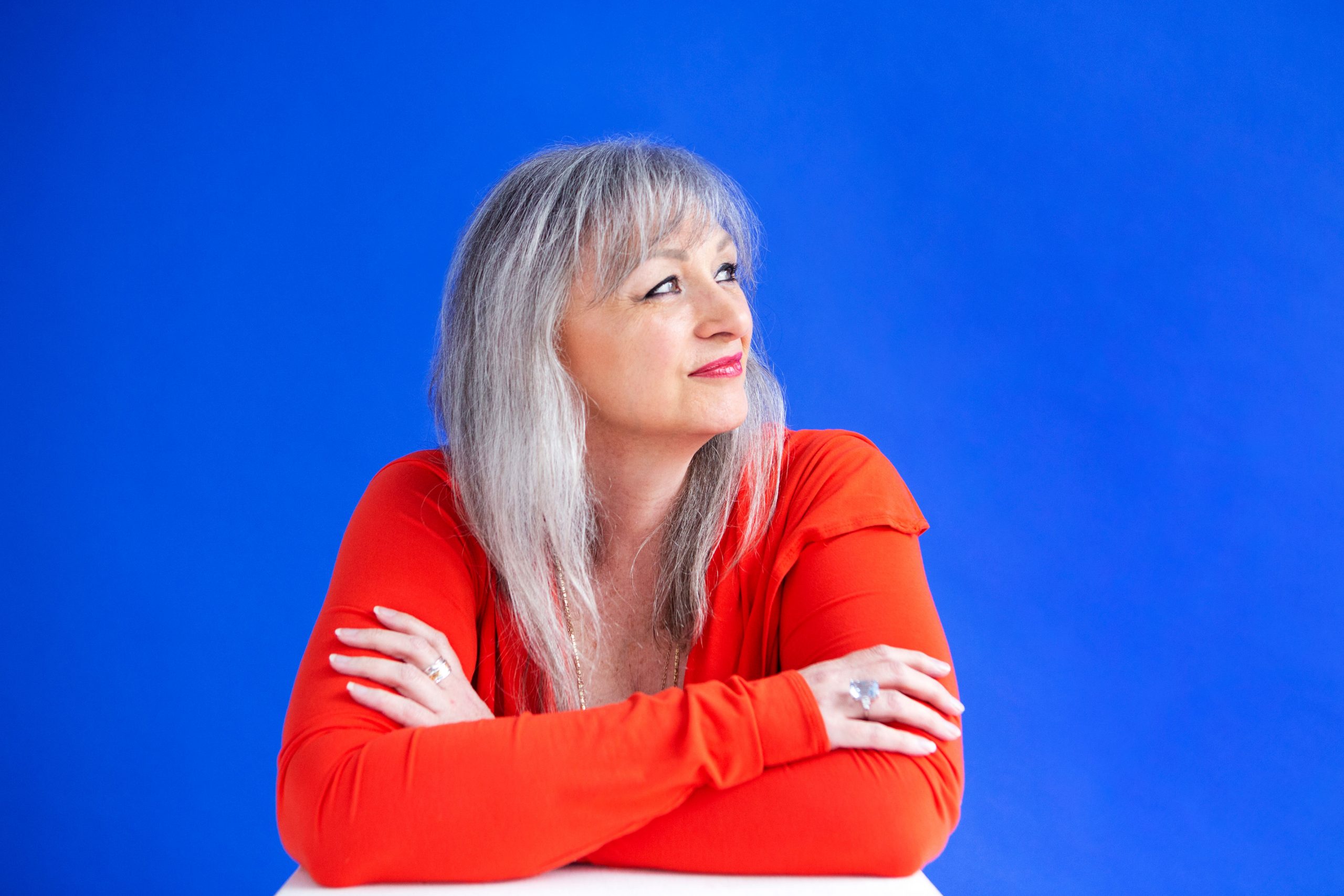 After treatment for breast cancer in 2010 I promised myself I’d take singing lessons – an unrealised ambition. When I got sick again in 2014, I decided to learn to write songs. I attended an ‘Introduction to Songwriting’ day with The Songwriting Academy – and never looked back. Having never written a song before, three months later I was performing a song I’d co-written at St. James’s Theatre in Victoria, London! The amazing Liane Carroll was headlining the show and later, offered to help us record the song. It’s available for download and all proceeds go to Macmillan Cancer Support. Read more here. 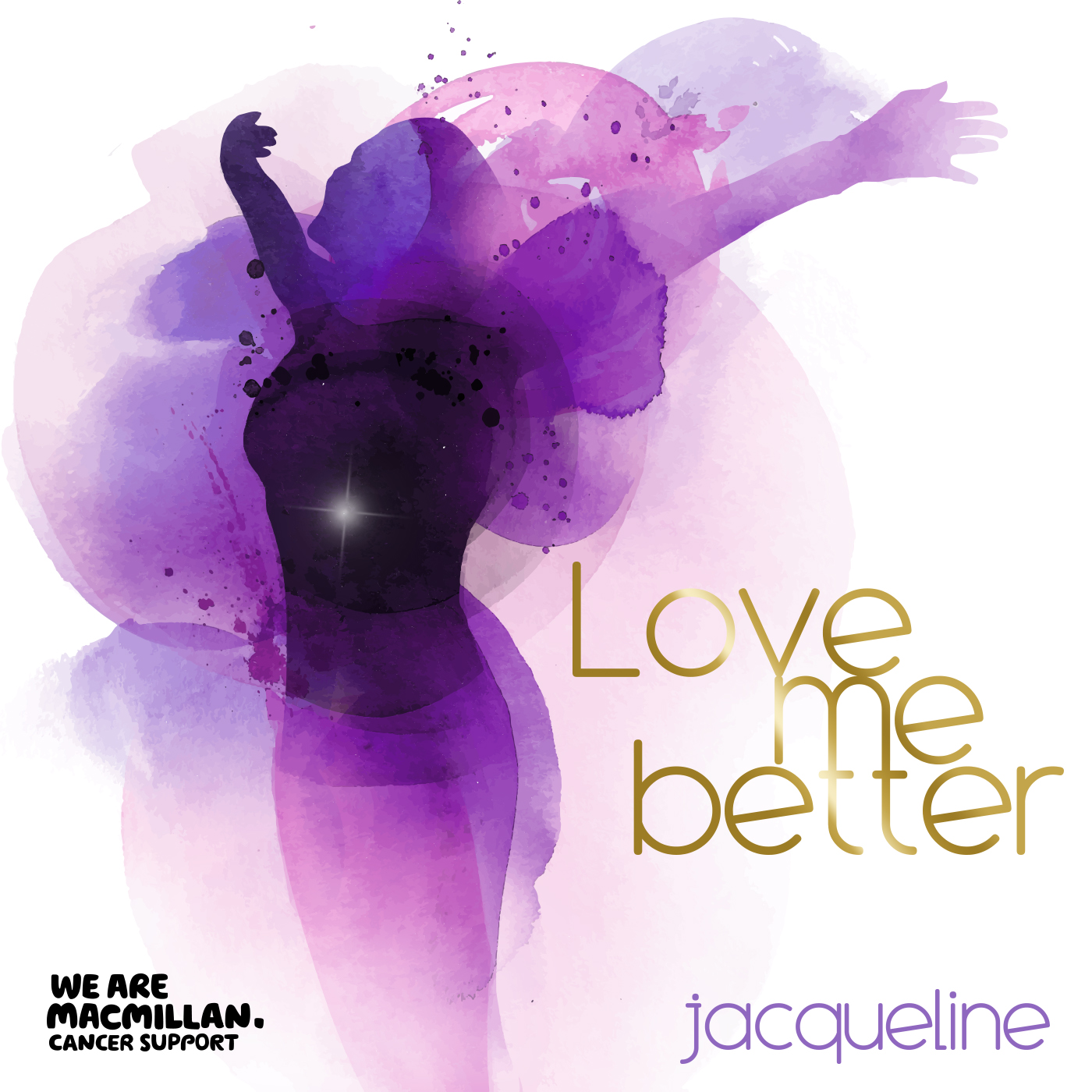 Learn songwriting from experts who’ve had incredible success in the music industry. During a year-long Platinum programme, I became, and still am, a mentor with TSA, coaching aspiring artists, songwriters and musicians how to plan their business in music, prepare properly, pitch and network like a pro – all with authentic confidence. Check out their amazing courses here.

If you or anyone you know needs support with cancer, Macmillan is a great source of information, care and counselling. All proceeds from our song Love Me Better go to Macmillan. Find more about them here.

Stay up to date on our latest News & Events